My cat has just been diagnosed with an inner ear infection.  What is this? 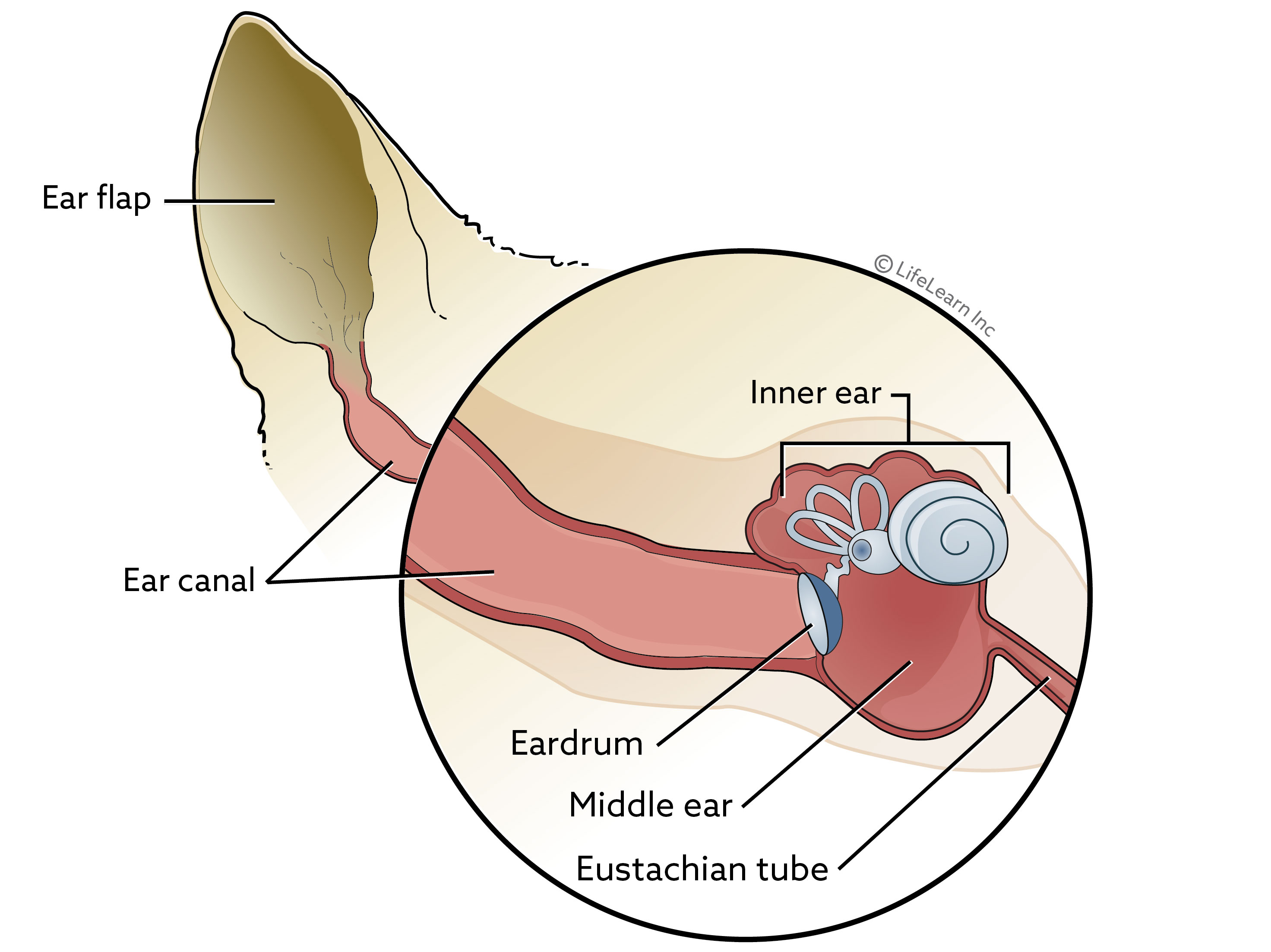 Inflammation of the inner ear is called otitis interna, and it is most often caused by an infection. The infectious agent is most commonly bacterial, although fungus (otherwise known as yeast) can also be implicated in an inner ear infection.

If your cat has ear mites in the external ear canal, this can ultimately cause a problem in the inner ear and pose a greater risk for a bacterial infection. Similarly, inner ear infections may develop if disease exists in one ear canal or when a benign polyp is growing from the middle ear. A foreign object, such as grass seed, may also set the stage for a bacterial infection in the inner ear.

Are some cats more susceptible to inner ear infection?

No. In fact, otitis interna is an unusual condition in cats and may signal an underlying abnormality in the anatomy of the ear or an imbalance in the immune system. Any cat with a chronic ear infection that is difficult to control may develop otitis interna if the eardrum (tympanic membrane) is damaged, as a damaged ear drum allows bacteria to migrate down into the inner ear.

"Otitis interna is an unusual condition in cats and may signal an underlying abnormality in the anatomy of the ear or an imbalance in the immune system."

Excessive vigorous cleaning of an infected external ear canal can sometimes cause otitis interna. Some ear cleansers are irritating to the middle and inner ear and can cause signs of otitis interna if the eardrum is damaged and allows some of the solution to penetrate too deeply.

What are the signs of an inner ear infection?

The signs of otitis interna depend upon the severity and the extent of the infection. Some cats may show no outward signs at all, but you may notice your cat is reluctant to chew or seems to be in pain when opening her mouth. She may shake her head or paw at the affected ear.

Your cat may develop a head tilt - usually to the side of the infected ear and she may even lean, fall, or roll toward the infected side. Her balance may be completely altered making it difficult to walk properly, and she may even walk in circles toward the side of the infected ear. If both ears are involved, you may see her swing her head from side to side like an elephant swinging its trunk, and she may have a difficult time staying on her feet. Also, cats with active otitis interna cannot hear on the affected side(s).

Are there other signs I should watch for?

Vomiting and nausea may occur during the acute phase of otitis interna. If the facial nerve, which is located in the area of the inner ear, is damaged by an inner ear infection, your cat may develop some of the following symptoms:

With long-term facial nerve paralysis the face may actually twist toward the side of the ear infection.

Additional signs include redness in the affected ear and discharge with a foul odor. The outer ear canal may become thickened and hard to the touch from chronic inflammation and the lymph node at the base of the chin on the affected side may become enlarged. Your cat may become reluctant to move at all, preferring to sit or lay in one spot and her head may actually swing from side to side, even at rest. You may also notice short, rapid side-to-side movements of the eyeballs called nystagmus. 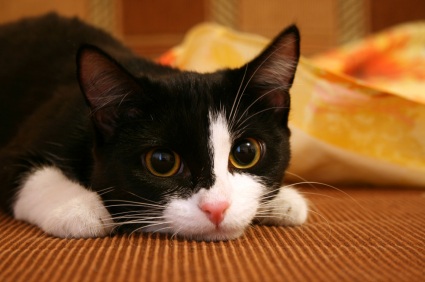 How is otitis interna treated?

Otitis interna is a very serious condition. If your cat is unable to eat or drink normally due to nausea or disorientation, then hospitalization for intravenous fluid therapy is generally warranted. Nausea must be controlled and dehydration avoided. It may also be necessary to sedate or anesthetize your cat in order to adequately see the ear tissues, take samples for bacterial culture, and appropriately clean the ear.

Treatment of the underlying infection is very important, and your veterinarian will prescribe the appropriate medications. Medications will be administered directly in the ear and orally. Antibiotics (such as amoxicillin-clavulanate, enrofloxacin, clindamycin, or cefpodoxime) will be prescribed for a bacterial infection for 6-8 weeks minimum. If the infection is fungal in nature, an anti-fungal medication (most often itraconazole) will be prescribed. Whatever medications are chosen, it is critical that they be given precisely as prescribed.

If your cat has an altered balance, restrict her activity during treatment to prevent falling injuries. These cats should not have access to stairs as they may take a tumble. You may also need to hand feed your cat temporarily - reaching down into a dish may stimulate nausea.

"Cats with otitis interna occasionally require surgery if they have relapses, they do not respond to medical management, or if they deteriorate in spite of treatment."

Cats with otitis interna occasionally require surgery if they have relapses, they do not respond to medical management, or if they deteriorate in spite of treatment. Surgery is reserved for cats with fluid build-up in the middle ear, an infection of the bone surrounding the ear (called osteomyelitis), or a mass (benign or malignant tumor) that arises from the middle ear or the eustachian tube (the tube leading from the middle ear to the back of the mouth). Surgery may be performed to drain the middle ear cavity or, in severe cases of middle and inner ear infection, the entire external ear canal may also be removed. For more information on this surgery, see handout “Total Ear Canal Ablation and Bulla Osteotomy (TECA-BO)”. The severity of the nervous system signs associated with otitis interna does not determine the need for surgery.

Are there any potential complications or long-term effects of otitis interna?

A severe inner ear infection can actually spread to the part of the brain that controls your cat’s breathing and heart rate, although this is quite rare.

Two potential long-term complications of inner ear infection include a permanently altered sense of balance and/or persistent signs of Horner’s syndrome. Your cat may also become permanently deaf in the affected ear.

That said, most cats with otitis interna respond well to medical management. Expect a two- to four-month course of oral antibiotics to prevent a relapse. The altered sense of balance that generally accompanies otitis interna typically improves within two to six weeks.